We offer a unique set of repertoire with styles that include Jazz standards, Latin, Blues, Country, and Americana music.  Our set lists are custom-designed each time according to what best fits the needs of the event. 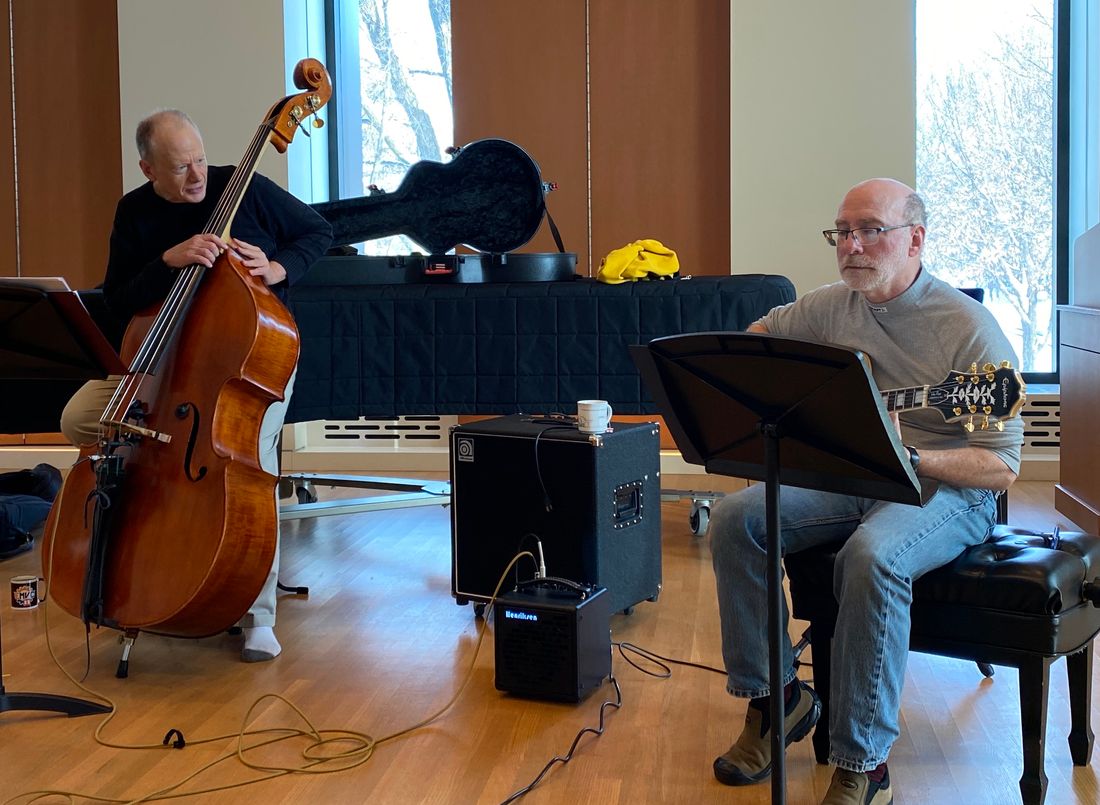 How High the Moon

Our Love is Here to Stay

When Sunny Gets Blue

I Saw the Light

Carrie Jennings (vocals) has been singing with Justin and friends for 8 years. Steeped in the 4-part harmonies of church hymns and the bluegrass tunes of her fiddle-maker grandfather, she finds harmonies of the group like a first language. She thought she had left her music career behind her in college when she chose a Geology over a Clarinet major. However during the early days of planning The Hot Spot, Martha brought Justin and Carrie together for a living room jam. Carrie now hosts the monthly Open Mic at the Hot Spot to give other musicians a chance to reimagine and launch new musical identities.

Justin London (guitar) is a Professor of Music (and Cognitive Science) at Carleton College in Northfield.  He teaches classes in music theory, blues history, and music psychology; as a researcher he studies the perceptual speed limits of musical rhythm (probably because he can’t play very fast himself).  Trained as a classical guitarist (Cincinnati College-Conservatory of Music), he also plays folk, bluegrass, country, and jazz styles.  He is a founding member of the Spare Niche Quintet and the New Moon Trio.